A Hart For The Kids

Celebrity actor and comedian, Kevin Hart, wanted to create a movement to promote fitness and raise awareness and funding to fight the epidemic of childhood obesity. 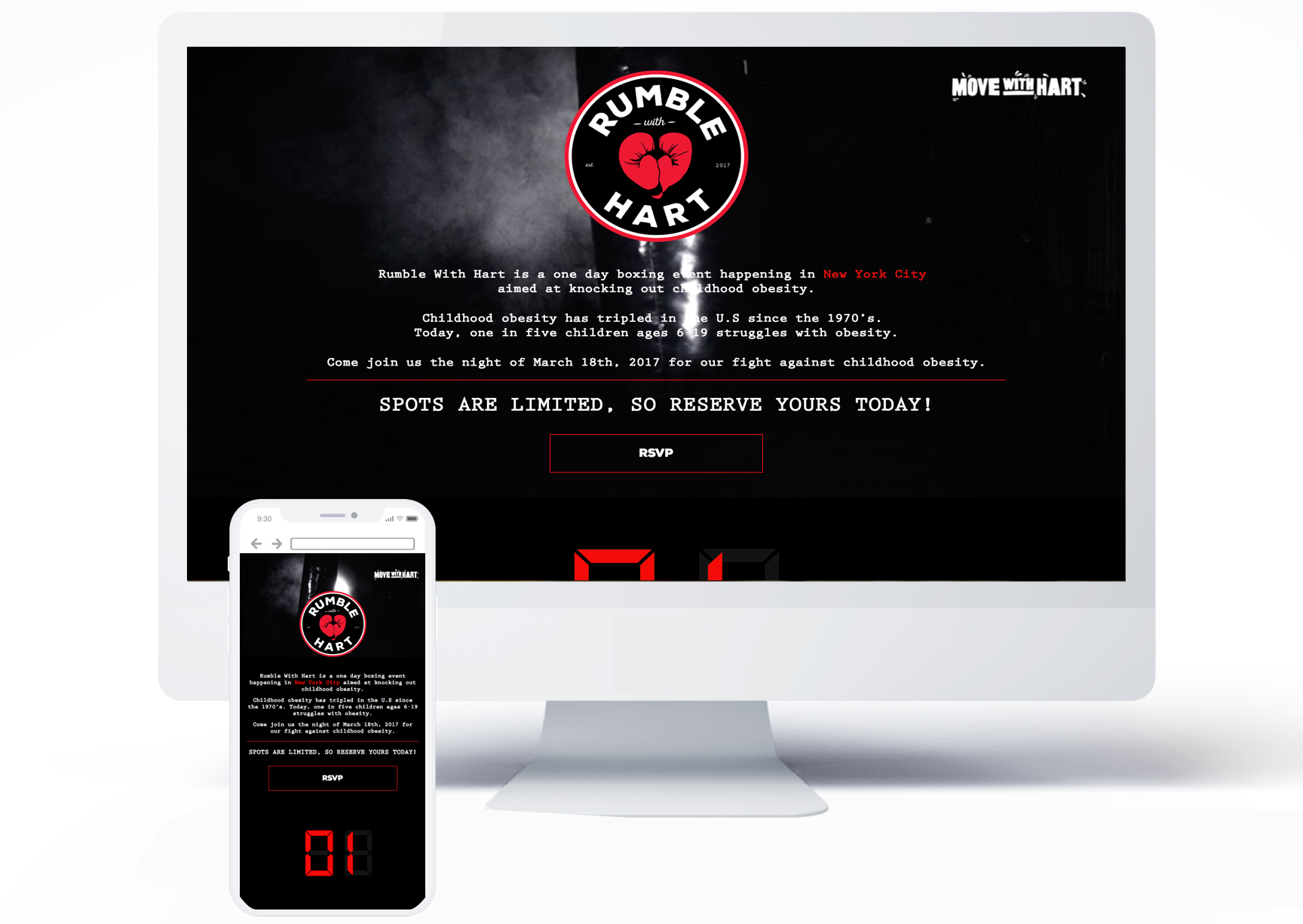 Fortress helped create and launch the Rumble with Hart brand which partnered with a boxing gym in New York City in a series of events and ongoing fundraiser. Fortress oversaw all branding and digital including the digital experience for signing up for the event and donating funds. 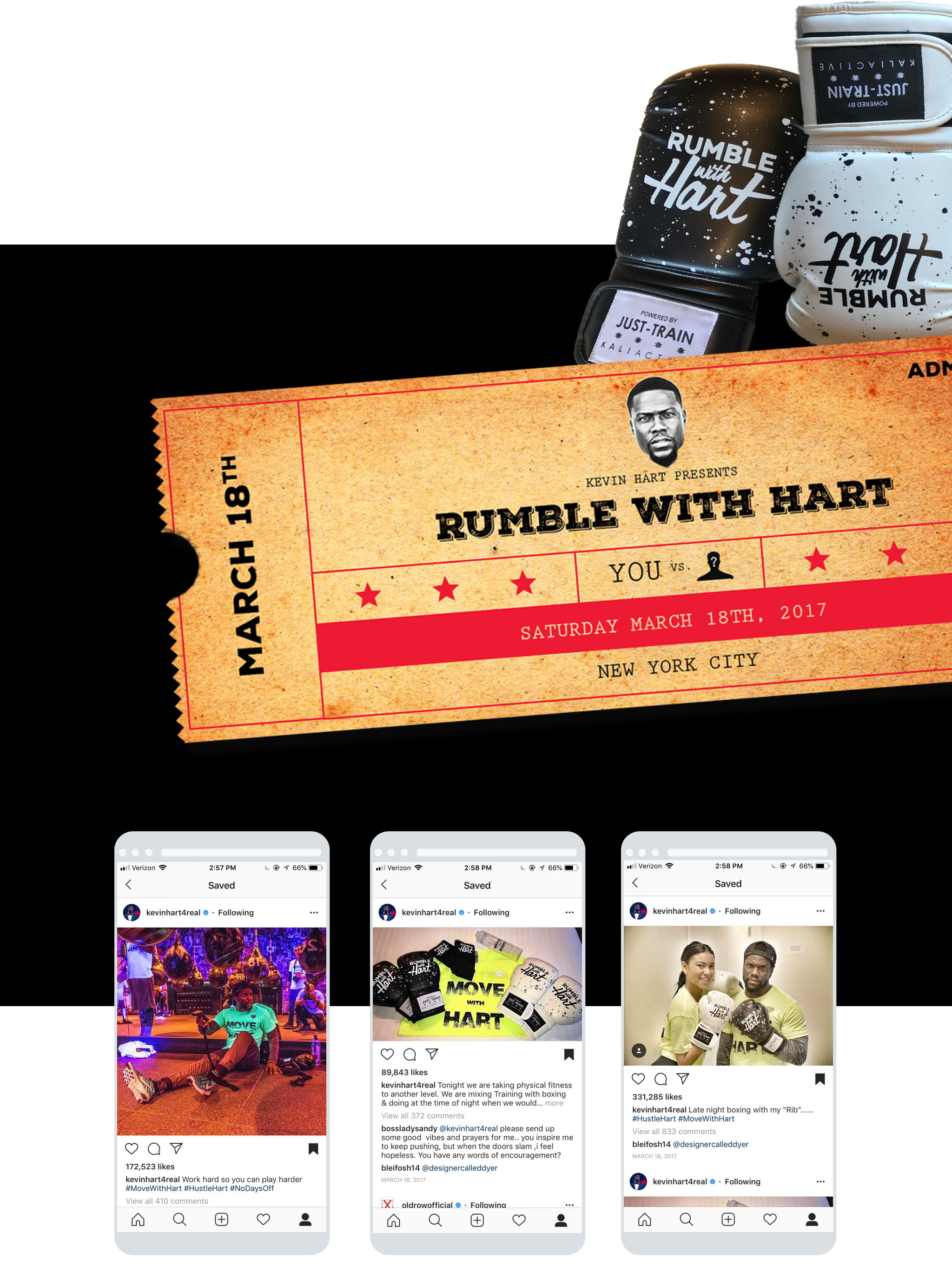 With Kevin Hart being one of the biggest names in entertainment, it was exciting to do the branding for one of his charities. We had the idea of giving this project a vintage boxing feel. Almost as if it had came right out of the Rocky Balboa era. The two gloves in the middle are meant to symbolize a heart. Partially tying into Kevin Hart’s name but also symbolizing everything he does is crafted with love. Especially since this event was catered to a charity for children.

A flawless digital experience that drove all ticket sales and ended up with each event selling out within minutes. This also led to tens of thousands of dollars being donated to fight the epidemic of childhood obesity. The event shined a light on this epidemic and helped greatly increase awareness amongst celebrities and the general community. 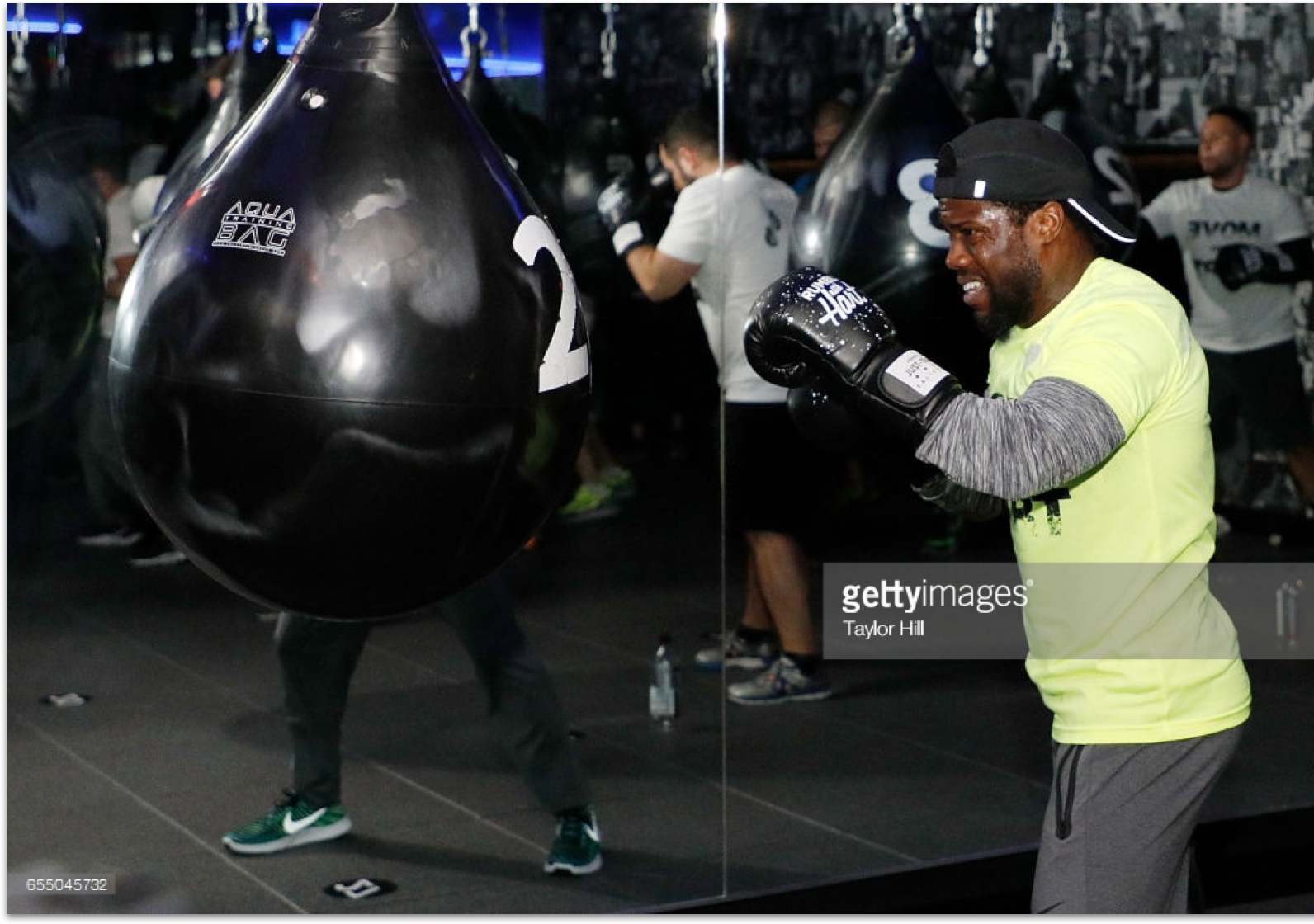 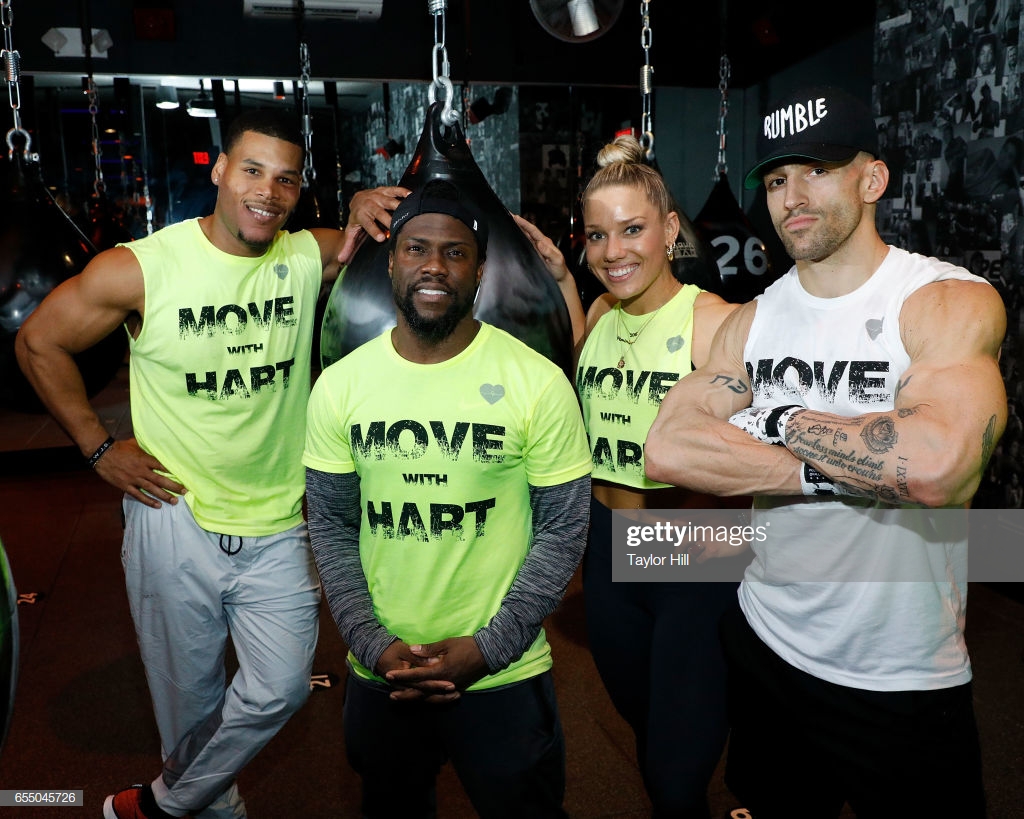 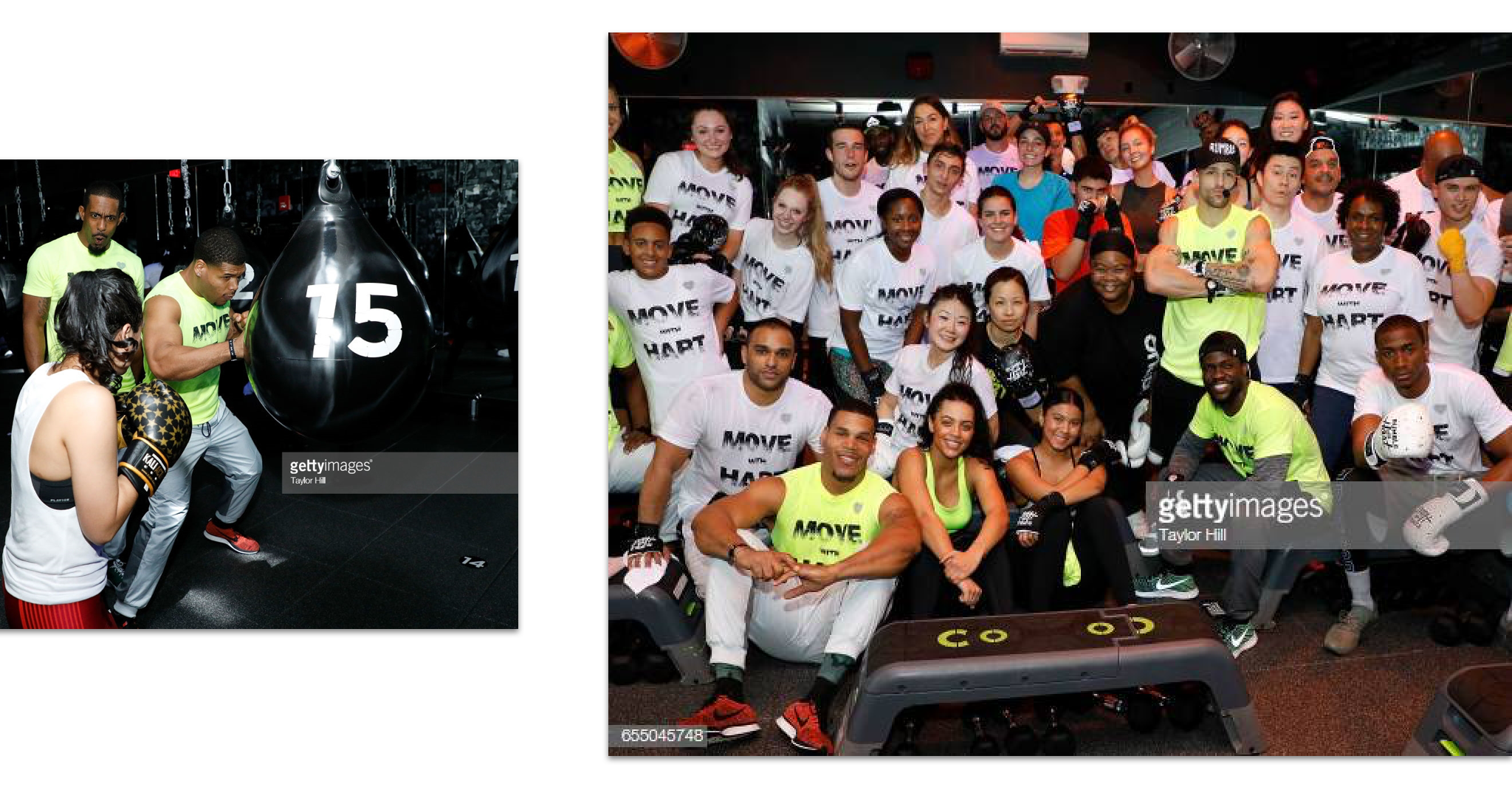 Let's build something great together.

Tell us about your upcoming project
View Our Work